Earlier this week, Cloud DAM vendor, IntelligenceBank announced some upgrades to their DAM solution.  This is the PR quote from Tessa Court, their CEO:

“We are thrilled to announce our biggest new feature launch in the history of IntelligenceBank. The foundation of these ‘super 7’ new capabilities are direct from customer feedback, and will give marketing teams around the world more ways to connect, monetize and manage the production of creative content.” [Read More]

The seven new features are as follows:

There are more details on their blog.

This reads a bit like a DAM vendor press release from circa 2012 or 2013.  All these features have existed in other products (in many cases, other platforms have had introduced them 3-4 years or more before they did).  There is nothing new about what they are offering that you can’t already find in numerous other alternatives.  I believe Intelligencebank are one of the more recent Cloud DAM platforms (pure-play Cloud/SaaS DAM vendors such as Widen, WebDAM etc have been around some time before Intelligencebank were founded in 2009).  A point I made about one of Bynder’s previous releases (who are also relatively new to the market by comparison with a number of their peers) was that many users might expect these kind of features to already exist as most other products have them, as such, releasing press about them just serves to highlight that a newer entrant to the market is further behind than they may have previously appeared.  To make an analogy, this is like releasing spreadsheet software and then proudly announcing that your latest edition can now generate graphs.  If you have some different take on the delivery (e.g. mobile or cloud etc) then there is a potentially innovative angle, but that doesn’t apply in this case.  If you are going to style yourself as ‘leading’ for anything you care to mention, then it is incumbent on you to actually be the first to do something, not the last.

Unlike some of Intelligencebank’s other feature press releases where they detailed every minor upgrade individually (which I’m guessing was to generate some activity which they could write copy about) on this occasion, they have at least grouped everything together, but this is less ‘super 7’ and more ‘7 we copied from the competition’.  When vendors do this, it hints at a negative and fear-oriented marketing strategy where the management lack confidence in their platform so devote more effort and attention to ‘ticking all the boxes’ and functional equalisation with their peers, rather than innovating.  This is why the DAM software market is in the malaise that it is now and the reason some insiders who have been involved in the market for a while are saying it is ‘dead’.  In mitigation, I will note that the Intelligencebank form builder appears to be a potentially interesting feature, although they already had this, it is not new and other competing DAM solutions have similar functionality also.

Other DAM vendors need to take note of all this and learn from it: if you just copy everyone else, the reasons for anyone to use your product diminish and start to boil down to just UI differences or price, which implies a discounting strategy is going to be needed if wider demand for DAM tails off.  Never mind getting rich, you won’t survive if/when the day of reckoning for the wider DAM software business arrives (which has happened a couple of times before in the 25 year history of this field).  Although there has been talk of consolidation in the DAM market recently, I question how much of a trend it really is: we’re at rate of about one vendor per year currently who has been bought out and by some fairly conservative estimates, there at least 200 other independent firms.  Further, there are many choices for prospective acquirers, including some other adjacent segments who also think they have the core competencies required to deliver saleable product.  If you don’t innovate, expect to have your firm taken over ‘one customer at a time’, in the infamous words of Michael Dell.

For end-users, when software vendors have clearly just replicated what everyone else offers, apart from the price question (i.e. what it the point of paying a premium for one product if another does the same for less money?) the other issue is their capacity to help you solve your individual Digital Asset Management problems and challenges.  If the vendor you are considering cannot innovate, it is unlikely they will be able to creatively problem-solve, which is an essential skill for both the ongoing development of DAM solutions and supporting user’s needs.  When you come to them with a requirement that is slightly out of the ordinary (which almost certainly will happen eventually) then you are more likely to get a lot of shoulder shrugging and the account management staff trying to talk you out of doing something because they haven’t encountered it before and don’t know how to deal with it.  This is the business reason why it is essential that software firms in crowded markets like DAM can genuinely innovate and independently come up with their own ideas, otherwise the reasons for them to continue to exist begin to gradually fade away one replicated feature at a time. 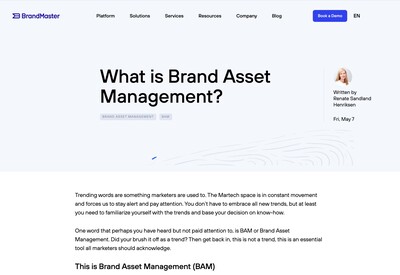 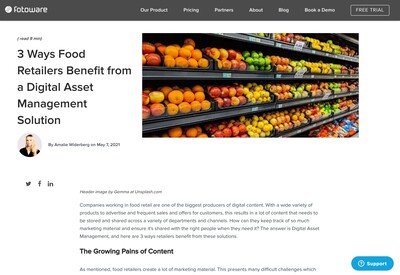 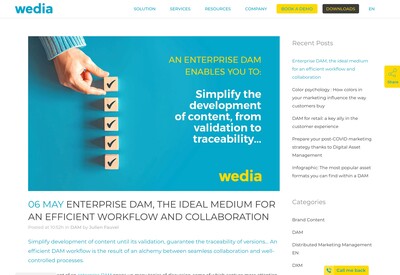 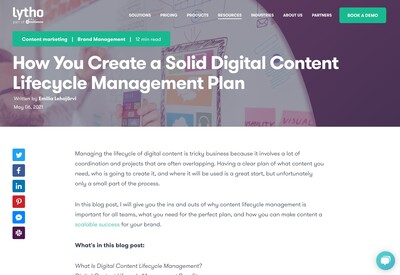