ECM mega-vendor, OpenText have announced a partnership with ExactTarget (who are owned by SalesForce).  The PR is typically sketchy, but the basics seems to be that it’s a way for ExactTarget to access repositories of digital assets and use them to deliver content to different segments.  This quote seems to cover the key themes:

“Bridging the gap between DAM and digital marketing, the partnership will help enable marketers to maximize time and budget while working to strengthen their brand through personalized communications and omni-channel experiences. The partnership with ExactTarget will support OpenText customers in reaching out to their prospects with creative messaging and a richer email marketing experience in an effort to increase connection and extend online engagement. ExactTarget customers will benefit from an image library that houses current and relevant rich media with on-demand access to reusable assets. Sophisticated search, taxonomy and retrieval capabilities will enhance the email marketing campaigns ExactTarget customers generate.” [Read More]

Quite a few DAM (and ECM) vendors now seem to be catching on that peering your solution with other related, but non-competing products is an effective marketing strategy as it increases your visibility to a wider range of potential end users for no or limited cost in terms of marketing budget.  Another spin-off benefit is the ability to avoid having to build out loads of non-core functionality yourself since your new found friends should handle that task – although the integration work does offset that to an extent.  I imagine there is going to be an increased interest in this type of partnership arrangement among vendors and a tacit (if not publicly acknowledged) understanding that they can’t go after everything and hope to win it all.

OpenText’s PR seems eager to place their solutions within the CXM framework which I discussed a bit last week.  This is perhaps pointing at some structural differences in the DAM market: the ECM interests are keen for end users to see DAM within the context of a wider CXM strategy, the pure-play DAM providers (and associated consultants – like myself) aren’t quite so sure if that is actually where they want to go. I can appreciate the former’s reasoning behind this and it probably works better for them in the context of their other products, but I still suspect our specialist subject will outlast CXM and is not quite as niche as some have persuaded themselves that it might be.

One further point I can’t fail to pick up on in their press, is this line:

“According to DigitalAssetManagement.com, a user “looks for media 83 times a week, and fails 35% of the time. DAM reduces that failure to less than 5%.”(1) With digital assets such as video, animation, and imagery being increasingly called upon to enhance communication and learning, DAM is becoming an organizational necessity.” [Read More]

DigitalAssetManagement.com is (as DAM industry regulars will be aware) a resource/information site provided by Widen – who OpenText might not be so keen to be directly associated with had their marketing personnel been aware of it while writing the press (or whatever PR agency they employed to do it).  I think it is GISTICS who came up with the original much-copied stat.  A quick copy/paste into a search engine of your choice finds a few others with the same:

No doubt there are many more (I got bored after page one).

Apart from being an example of how bad tech trade PR people can be at checking their sources properly, it’s also an illustration of how these ‘facts’ (which I contend are completely bogus anyway) get spread around like viral infections by marketing people on auto-pilot – hence my co-contributor’s reference to Zombie DAM Vendors Lying In Packs last week.  I will give Asset Bank (who feature in Naresh’s article) some credit for originality, at least they came up with their own numbers and associated infographic rather than mindlessly copying someone else’s flawed research. 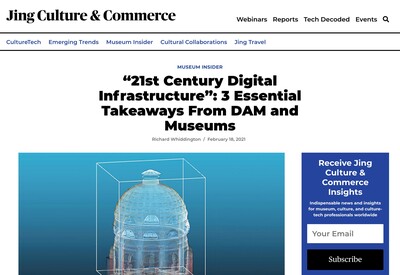 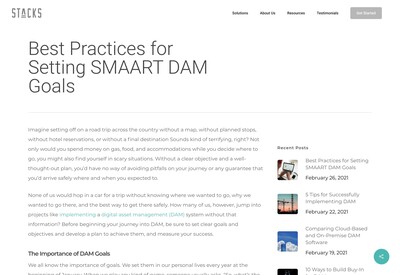 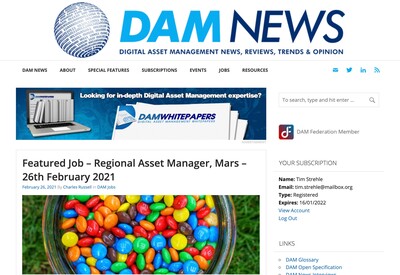