A collection of recent DAM-related articles from around the web, sourced from DAM Federation member, Planet DAM.

Artificial Intelligence (AI) is Not an End-All to Metadata, it is Built From it

In this piece, Mindy Carner describes the limitations of current AI/ML techniques.  She contends that while they might be sophisticated, they are still a long way from making librarians obsolete.  She alludes to the warning issued by software developers that ‘AI is coming’, to which I would note that it’s been a long time coming (and will take even longer to actually arrive in a way that will be genuinely useful).  Mindy cites a number of other articles by a diverse selection of authors to support the thesis of her argument: which is that metadata schema, taxonomy and solid information architecture to get anything useful out of it.

Getting a Grip on DAM

Jim Jezioranski has written an article about the essential paradox that is DAM, namely that explaining what Digital Asset Management is can be exceedingly complex, while at the same time those who have been active users of DAM in the past cannot go without one subsequently.  Drawing on Carin Forman’s comments during the recent State of DAM Webinar, he cites an example of how the commercial justification for DAM is hard to prove, even if the sponsoring organisation’s primary business function is media-oriented.  I have to agree with Jim’s point that DAM has a visibility problem, in no small part due to its primary role as a productivity-enhancing rather than revenue generation technology.

This wrap-up article gives an overview of the recent IPTC Photo Metadata 2019 Conference.  The piece gives some summaries of presentations by speakers such as Michael Steidl, Lúí Smyth, Isabelle Wirth and Sarah Saunders (amongst others).  The subjects covered in the conference were quite wide-ranging and include extensive discussion of the on-going issue of social media web properties stripping embedded metadata from photographs.

What Do Vendors Think of DAM Industry Analysts?

Last week, we issued a request for participation in a survey being carried out as a research project for one of our clients where we asked “What Do Vendors Think of DAM Industry Analysts?”  The role of analysts in the Digital Asset Management market is a controversial one and there are a number of significant commercial issues for both vendors and analysts alike.  While the opinions of end-users are frequently sought, it is rare for the vendor perspective to be considered.  We are still inviting contributions from vendors who have been covered by one of the main analyst groups.  To reiterate what is said in the article, the only way to see the study will be to be involved with it; the resulting report will not be offered for general release. 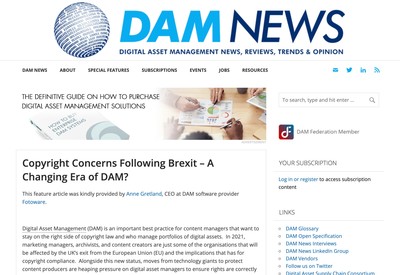 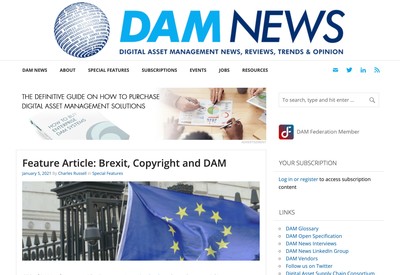