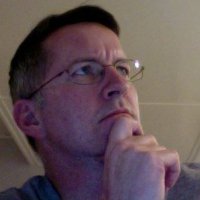 When a summer is at stake, Scott knows how to troubleshoot a real problem in DAM – fast.

In the early 1990’s I was a production manager  with a real estate publisher. There were some attempts to manage digital assets with some internally developed solutions, though there weren’t very effective, due to resource constraints.

I later worked for large ad agencies in Chicago, first as a creative tech services specialist and later as an art studio manager. At the first job, I used Aldus Fetch (ancestor of the Extensis line) and thought the ability to preview and tag files was way cooler than sliced bread.

During the Dot.com era, I worked as a DAM consultant for an IT company. It was during this time, I worked with my first web content management tool—Interwoven—and thus began pondering  how WCM/DAM systems should be integrated.

That was followed by a lengthy stint as a tech services administrator for a global DAM system. That was was my first time with a global implementation.

I think everybody understands that Microsoft and Adobe desktop suites are for creating content and that there are tools to manage the files they create;  however, “digital asset management” is a rather esoteric term to most. Thus, I try to explain things in terms of “content management”  within the context of what a person, or organization, is trying to do.

But in the spirit of answering the question, here’s an attempt:

In my job in publishing we didn’t have a DAM system per say, at least not one that was in usable. However, I learned a lot about the importance of file management. I started to read about what would later become known as DAM in magazines (remember those?).

Later, I learned about DAM from the Seybold Publishing conferences, and sites like EcontentMag, The Real Story Group, and CMSWire. Now, I learn a lot from my professional learning network I’ve built through connections on Linkedin, Twitter and other social platforms.

In addition to some of the learning resources I’ve mentioned, I would advise people to go in and get dirty. If your company has a DAM system learn as much as you can about it. If not, see if you can get up with a demo edition of some DAM system. You might even want to try downloading and installing one of the open source systems and exploring that.

Staying current is a challenge. I got back into the DAM world after a panicked phone call from a friend who was suffering from “DAMlessnes” I had been working as a SharePoint administrator in the previous few years, so when landed back in the DAM world, there was a lot of new stuff I didn’t know, and lot of old stuff I’d forgotten.

I am hoping that DAM systems become better integrated with component content management systems. I’d like to see a true single-source model where rich media are stored in a DAM-like system and expressed in the appropriate color model and resolution, in conjunction with dynamically-assembled text files.

I regret that I didn’t maintain my lobbying energy with my ad agency employers when I tried to enact DAM initiatives. In both organizations I saw that there was some understanding of the need for DAM, but since the decision-makers were far removed from the pain points experienced by production artists, illustrators, etc., it was a long, hard, slog to build a business case compelling enough to get an initiative approved. However, it wasn’t impossible, I wish that I had made more of an effort since my departments wasted so much time looking for files and often recreating them.

Several years ago, I was able to provide an alternative solution to a client request that saved thousands of hours of labor and saved my Summer.

While my manager didn’t seem to have a problem with ruining the Summer of: the DAM manager, the clients, DBAs, system administrators, etc. I had a problem with the fact that I was required to give up my own Summer. Thus I came up with something equivalent to a Hail Mary pass in football.

Long story, somewhat shorter: the request would have required the re-ordering of zillions of files on the file system. This would have be done by hand and would require metadata to be reentered. My first thought was “Oh, NO! MY SUMMER!!!!!!!”

I got approval from the client and the total effort for creating requirements, Java development, site configuration, testing and deployment was less than 40 hours. My subsequent happy dance was probably a little over twice that long.

I’ve worked under the hood a bit as a systems admin, but rather recently I’ve actually endeavored to learn more about software development. I have a long way to go on that front, but very interested in exploring how and old dog like me can learn some new tricks in the area of DAM/CMS systems.