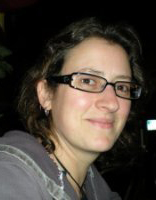 Working in publishing and e-commerce sectors, Romney Whitehead has  a depth of knowledge that comes from decades of experience in the digital asset management field.

As with many digital asset managers I ‘accidentally’ came to my role after working on the picture desk at BBC magazines. In 1999, they began a DAM initiative—one of the first in the UK for publishing—and I was the champion for it within the Radio Times Magazine area. For me, it was plain to see the future lay with DAM, so I asked to be more involved with the program, and moved over into the project. The rest, as they say, is history.

After over ten years in the role at the BBC, I then moved to e-commerce company Net-A-Porter Group, firstly as digital asset manager and now as manager of the content platforms and digital asset lifecycle, including DAM,CMS, print and digital publishing. With the huge variety and volume of assets the company produces, this continues to be a very challenging role and very different from the publishing and brand management area but equally enjoyable.

This can be a difficult thing, lots of people think you work in financial areas, many just adopt a blank look, others will ask the question you are expecting which is, “what exactly do you do?”

The easiest way I have found to explain DAM to the layperson is to make it relevant to them. Most people will take hundreds of pictures on their smart phones or cameras and then upload them to a computer or cloud storage. I then ask them of they could find a single image within those many pictures of the most memorable moment of their last holiday or special occasion. Are those pictures generally labelled 001.jpg or dsc_234.jpg? How do you find that one image or video within the many that have been accumulated over the years?

I then tell them about metadata, (nothing too in depth), and wouldn’t it be great if you had all your ‘stuff’ in one central place that you could search and find, and then perhaps share through email or social media, and maybe you could even rate your photos as the best or worse, and put them into collections etc.

I tend to stop there, as there is only so much a DAM newbie or regular person can take in the first 15 minutes of meeting me; but often thats enough to help explain things in a simple way that they grasp and mostly then show an interest in learning more

The world of DAM has evolved so much over the many years I have worked in it that I hardly recognise it as the place I began. Where in the past it was all about central repository, some metadata, and search and retrieval (which it still is), now I have to consider the content creation, storage, distribution, publishing, curation and archive path as well as infrastructure. DAM systems have become monoliths within some companies, moving away from their core initial requirements and dipping into areas that may have traditionally been managed by adjacent systems such as production or editing or rich media tools. The volume of vendors has stretched from the traditional DAMs into companies such as Adobe selling DAM, or online storage tools such as Dropbox or Google Drive entering the picture. This has blurred the lines for digital asset managers, and whilst the role has become more recognised as a ‘real job’, it is also far from the job it was 10, or even 5 years ago.

I think this trend will continue, where perhaps there will be fewer DAM specialists and DAM-specific software. The title of Digital Asset Manager may have become more recognised, but I think it will also change in what a person in that role looks like and does on a daily basis. If they work within a commercial company, they will need to be much more concerned with not only asset types changing, the volume of digital assets ever increasing, the nuances of metadata and businesses expecting a greater ROI quicker; they will also need to be up to speed with storage, integration with adjoining systems, commissioning and sales.

What I would like to see personally is DAM evolving into a more valuable repository in terms of the content stored within it. Instead of offering businesses just an area they can put every single asset they produce—hundreds of pictures from a photo shoot, many hours of video rushes that will never get used—I would like digital asset managers to understand and follow best practices of curation, but for that curation to be part of the responsibility of commissioners. If they encouraged a ‘curate before create’ attitude, then the value of the final asset would be much greater and fewer assets would lie dormant within a system, therefore making the whole system and process more cost efficient.