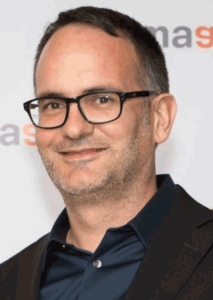 Similar to a logistics director in a transportation company, Marc Andreu Valls understands the importance of using the least amount of resources to maximize return on an efficiently designed digital asset management system for maximum benefit.

I have always worked in DAM ever since I started my career, although it was only after TV broadcasts became digital that I became conscious of it. In 1997, I organized the archives of a company known as Mediapark, which at the time was broadcasting 9 TV channels; I was taking my first steps at DAM. We were performing tape-ins and outs, creating workflows for dubbing and post-production, we recycled tapes, etc. Everything was DAM then, except for the fact that the files didn’t occupy gigabytes, but hundreds of meters of shelves instead.

In 2004, during the Forum Barcelona 2004 I worked for the first time in a DAM environment applied to the TV industry. That particular one was maybe one of the most global pieces of DAM software that I have ever known. The Digition Suite platform from Activa Multimedia allowed setting up the assets’ behavior, i.e. the category to which they belonged, their filling process and their purging. So, the storage shelves had transformed into gigabyte-sized file collections, and I had gone from being an archivist to an audiovisual document archivist.

My professional career as an audiovisual librarian went on until 2008, when I arrived at Gol Television to be in charge of the documentation department. At first, we were to be only in charge of archiving and analyzing the media. Nevertheless, our own force of habit, and the boost of a production center—which received up to forty-five sports events a week—made us the actual operations’ center. Thousands of files were sailing through a variety of traffic systems (GREC MAP), ingest (EVS), production (EVS), post-production (AVID), and archive (TEDIAL Tarsys). So without realizing, I had become a Media Manager. Currently I hold the position of Media Services and Media Managing Director at Imagina US—a position in which I try to optimize working processes in a working environment, where a number of data flows, each one of them with a different complexity and duration, coexist.

I usually compare my position with a logistics director in a transportation company who must employ the minimum number of trucks to transport the maximum volume of cargo to different distances in the shortest possible time, with the lowest fuel consumption possible and no waste generated. Of course, all the trucks must have a number plate and we must know exactly in which point of the route they are located. The difficult part in my case is the number of trucks, which can easily reach several million. And if each route is not properly marked, it is easy that the trucks get lost, get stuck in a warehouse, and loose the value of their cargo; or simply that it takes too much time for them to reach their destination, which represents an absolute disaster in the television business.

I believe that my social sciences methodology classes taught me precisely that: how to be methodical. The rest I owe to the contributions from more skilled people than me, and to my own experiences in the startup of a number of stations and television productions.

My recent arrival to the United States has revealed the endless DAM possibilities applied at very different fields, a part from the only field that I knew until now.

I believe that a good balance between the rules and their timely execution must be observed. The most brilliant ideas, when badly performed and added to an environment that does not believe in your DAM and therefore uses it the wrong way, eventually leads you to failure, regardless of how good your DAM is. On the other hand, some other great systems, considered brilliant at a certain time, may that lack the flexibility required to adapt to constant changes, which eventually can make them become a problem instead of a solution.

I would be doing any other thing that would keep my mind awake and wasn’t too repetitive. I find it hard to get up every morning if there is no little challenge to take.

In my field, the most important challenges normally involve the integration of different kinds of software, as it is very difficult to find someone who decides to start a new TV project by acquiring all the licenses and software from the same manufacturer. But even this way, many manufacturers that foster different teams of developers under the same brand, are unable to overcome important deficiencies concerning the integration of their own products.

Every time we see more possibilities of overcoming old hierarchies concerning data relationships. Maybe future systems will be capable of grouping concepts without the direct command of a human.

In my professional field, I hope to be able to see an important evolution in data and task automation and integration among the different areas of TV production.

Having used obsolete mindsets for modern times, I see the archives as places where we dropped hundreds of pieces of content that may not be useful again. As of now, the only action of storing unnecessary information can lead to terrible results in concerning costs and agility of our system. Today we shouldn’t worry about eternal durability of data, but about the amount of time during which we’ll need to store an asset in order for it to be profitable to us. We may need it forever, but we need to take into account that maybe not.

What is important is to be effective in the time balance of metadata introduction and in the real need of its later recovery. Some projects favor the belief that the more information an asset can provide, the easier to be recovered it will be. However, once the indexation processes start, one realizes that there is not enough staff to fill in so many fields, and that the future clients of the information are not using even half of such data. Therefore, it is imperative to find the right balance that allows us to use the exact level of data accuracy that will allow us to obtain the maximum performance at the minimum cost.

Practically everything. I have opened a window and I have seen many people discussing and arguing about things that I have learnt by myself through my own experience alone. Only seeing how DAM is used in a huge variety of processes from different fields whets my appetite voraciously for knowledge in this particular area.