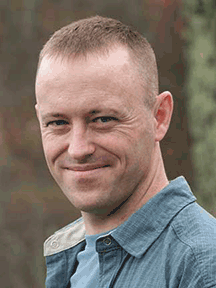 Working nearly two decades with ”The President’s Own” United States Marine Band, Karl Jackson has set the mission and strategic vision for the Lab and overseen its success through multiple technology evolutions.

I have worked for the United States Marine Band since 1995. I am responsible for all manner of technical support, but specifically related to audio and video support. One aspect of that role involves creating, organizing, and providing access to a recorded media archive dating back to 1889 and containing all manner of analog and digital formats. My work as a DAM professional began in the late 90s when it became clear that establishing a process for organizing both digitized and born digital media would be necessary to safeguard the collections as well as make them more readily available.

I describe it as attending to every stage in the life cycle of a digital asset, including creation, identification and description, storage, access, and reformatting. I try to emphasize that digital assets are different than the analog ones we used to deal with in that managing digital assets is an ongoing process, whereas analog assets can sometimes be left unattended.

I was first introduced to the concept through the Association of Recorded Sound Collections at a local meeting in 1995 or 1996. Since then I have listened carefully to smart people in the library and archives world and tried to stay abreast of changes in the field as they happened. A high point for my continuing education was attending a workshop called “Stewardship of Digital Assets” in 2007 presented by NEDCC and PALINET (now Lyrasis). That opened my eyes to a deeper level of professional work being done in the field.

That it’s very hard if not impossible to go it alone when it comes to DAM. The types of subject matter expertise to do it right for an organization of any real size really do require a team effort and ideally even collaboration across organizations for knowledge sharing and standardization. I’m lucky to have a great team to work with here at the USMB.

DAM is only one of my current roles, so I would be focusing more on another role, likely audio and video production work.

Finding the time to dedicate to ingesting some of the wonderful historical performance recordings that could be valuable assets to the organization if digitized and made available. We’ve made great progress, but have many years of work left.

We are moving toward broader adoption of DAM as a core strategic competency for organizations of all stripes as we all seek to rapidly leverage growing collections of assets for a range of requirements including operational, marketing, and research. Video assets in particular are exploding. DAM efforts aren’t easy or cheap, but there is growing clarity around the value proposition.

If I had it to do over, I would expend greater effort on getting executive sponsorship up front both in order to increase our leverage when we encountered challenges and in order to bind the team more tightly together around an organizational imperative. The importance of the boss delegating their formal authority to the project really cannot be overstated.

I was able to articulate a clear vision when we started that has guided us through staff changes, technological evolution, and various challenges along the road. We started with no digital assets managed in 1995 and have a system now that provides both preservation and access for a wide range of assets, and does so in a way that provides clear value to the organization.

I’m interested in increasing my understanding of the ways in which DAM is integrated into organizations in other industries and fields. I’ve got a good sense of how we work in cultural heritage organizations, but am excited to broaden my perspective.