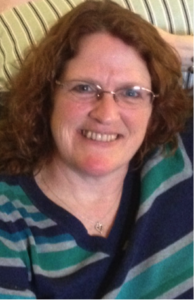 Having worked in digital asset management since 2000, Fischer notes that server compatibility to DAM systems is a key component to maintaining up-to-date versions of DAM software.

I have been at Ithaca College for the last 20 years doing work in DAM since 2000. My previous work experience was in offset printing for many years before coming to Ithaca College. I was hired primarily to work with the Manager of Printing Services in scheduling, quoting, and producing work with printers and graphic designers. I was also managing the slide collection and a good portion of the black & white picture collection. The slide collection was really the original assets that were added to our DAM. We sent them to be scanned as Kodak PCD files and then loaded them for use. In the beginning I was backup to the graphic designer that started the work on the asset management system. She has since retired and I have been managing it since 2006. We are now adding the digital images, our packaged print files and videos to our system.

I explain to others that it is where we put images and print files to make them available to the campus community and those who need to use or access them.

I have learned mostly by using the system and using the technical manuals. When this was started there wasn’t much information out there and very few choices in systems. I also went to a vendor show in New York City in 2000. Maybe it’s time to do that again! There is much more web information available now.

Setting up how you organize your assets is very important. Our system began by filing images in the same manner as our slide and picture collection. It can be hard as people interpret images in very different ways as to how they should be sorted. Be open to suggestions as to how the structure works best for as many as possible.

Since I have most of my experience in the printing field I would probably be working at something there.

It has been hard to have the DAM vendor keep up with software upgrades. I have to be careful about just upgrading the graphic software by testing that the plug-ins for the system will work, or that they have plugins. I went for about 6 months not being able to add new files because the system wouldn’t display the files correctly. I currently can’t upgrade to the newest DAM software because our server is not compatible.

A consultant came in to look at our system when I first took it over and directed me to organize the assets on the server in numerous folders within folders. Six years later the vendor said this was causing the system to over work in searching for assets. I had to reorganize assets and it took about a year. I don’t know that I would have done this differently but it made for a lot of extra work.